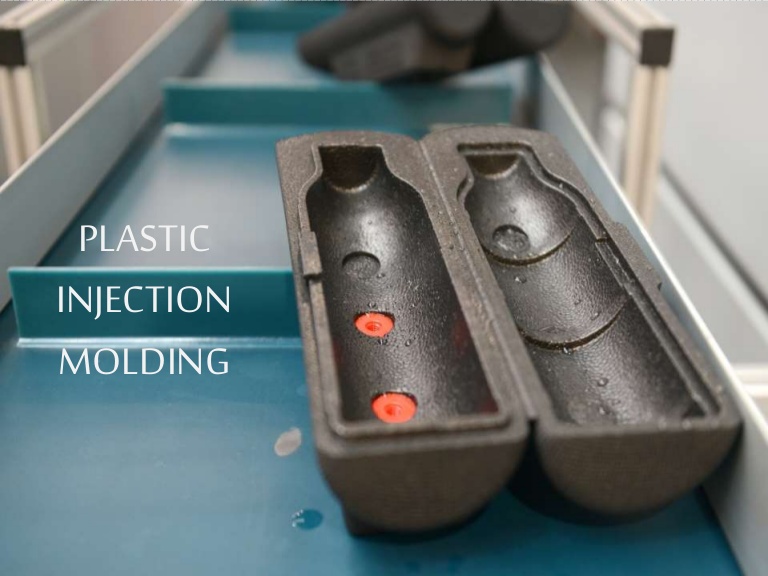 8. Why do you most often use round insert milling cutters as the first choice for mold roughing tools?

If a square shoulder milling cutter is used for rough milling of the cavity, a large amount of stepped cutting allowance is removed in the semi-finishing process. This will cause the cutting force to change and the tool to bend. The result is an uneven machining allowance for the finishing process, which affects the geometric accuracy of the mold. If a square shoulder cutter with a weaker tip (with a triangular blade) is used, an unpredictable cutting effect can result. Triangular or diamond-shaped inserts also produce greater radial cutting forces, and because of the small number of cutting edges, they are less economical roughing tools. On the other hand, round inserts can be milled in a variety of materials and in all directions. If used, smooth transitions between adjacent passes can also result in smaller and more uniform processing for semi-finishing. margin. One of the characteristics of round inserts is that the chip thickness they produce is variable. This allows them to use a higher feed rate than most other blades. The main blade of the circular blade changes from almost zero (very shallow cutting) to 90 degrees, and the cutting action is very smooth. At the maximum depth of the cut, the lead angle is 45 degrees, and when cutting along a straight wall with an outer circle, the lead angle is 90 degrees. This also explains why the strength of the circular insert tool is large - the cutting load is gradually increasing. Roughing and semi-roughing should always be the first choice for round insert milling cutters such as CoroMill 200 (see mould manufacturing sample C-1102:1). In 5-axis cutting, the round insert is very suitable, especially without any restrictions. By using good programming, round insert milling cutters can largely replace ball end mills. The combination of a circular blade with a small amount of runout, combined with a finely ground, positive rake and light cutting geometry, can also be used for semi-finishing and some finishing operations.

Since the table feed depends on the speed at a certain cutting speed, if the effective speed is not calculated, the table feed will be calculated incorrectly. If the tool's nominal diameter value (Dc) is used in calculating the cutting speed, the effective or actual cutting speed is much lower than the calculated speed when the cutting depth is shallow. Such as round insert CoroMill200 tools (especially in the small diameter range), ball end mills, large nose arc end mills and CoroMill390 end mills (see the mold manufacturing of Sandvik Coromant for these tools) Sample C-1102: 1). As a result, the calculated feed rate is also much lower, which severely reduces productivity. More importantly, the cutting conditions of the tool are lower than its capabilities and recommended application range. When performing 3D cutting, the diameter at the time of cutting is varied, which is related to the geometry of the mold. One solution to this problem is to define the steep wall area of the mold and the shallow area of the part. Good compromises and results can be achieved if specialized CAM procedures and cutting parameters are programmed for each zone.

10. What are the important application parameters for successful hardened die steel milling?

When finishing high-speed milling of hardened die steel, one of the main factors to be observed is shallow cutting. The depth of cut should not exceed 0.2/0.2mm (ap/ae: axial depth of cut / radial depth of cut). This is to avoid excessive bending of the tool holder/cutting tool and to maintain a small tolerance and high precision of the machined tool.

In pocket milling, the best way to ensure a successful path to a milling tool is to use a contour milling path.

Milling cutters (eg ball end mills, see Mold Making Sample C-1102:1) Milling of the outer circle along the contour often results in high productivity because more teeth are being cut on larger tool diameters. . If the spindle speed of the machine is limited, contour milling will help maintain cutting speed and feed rate. With this tool path, the change in workload and direction is also small. This is especially important in high speed milling applications and in hardened material processing. This is because if the cutting speed and the feed rate are high, the cutting edge and the cutting process are more susceptible to the adverse effects of changes in the workload and direction, and changes in the working load and direction cause changes in the cutting force and the bending of the tool. Profiling along the steep wall should be avoided as much as possible. When copy milling, the chip thickness at low cutting speed is large. In the center of the ball-end knife, there is a danger of the blade being broken. If the control is poor, or the machine has no read-ahead function, it cannot be decelerated quickly enough, and the risk of chipping at the center is most likely to occur. The upper profile milling along the steep wall is better for the cutting process because the chip thickness is at its maximum at favorable chip speeds. In order to achieve the longest tool life, the cutting edge should be kept in continuous cutting for as long as possible during the milling process. If the tool enters and exits too frequently, the tool life will be significantly shortened. This will exacerbate thermal stress and thermal fatigue on the cutting edge. It is more advantageous for modern carbide tools to have uniform and high temperatures in the cutting area than to have large fluctuations. The profiling milling path is often a mixture of up-cut and down-cut (zigzag), which means that the knife is frequently eaten and retracted during cutting. This tool path also has a bad influence on the quality of the mold. Each time a knife is used, it means that the tool is bent and there is a mark on the surface. When the tool exits, the cutting force and the bending of the tool are reduced, and there is a slight material "overcutting" in the exit portion.

13. Why do some milling cutters have different pitches?

Milling cutters are multi-edge cutting tools, the number of teeth (z) is changeable, and there are several factors that can help determine the pitch or number of teeth for different machining types. Materials, workpiece dimensions, overall stability, overhang dimensions, surface quality requirements, and available power are processing-related factors. Tool-related factors include enough feed per tooth, at least two teeth at the same time, and the chip capacity of the tool, which are only a small part of it. The pitch (u) of the milling cutter is the distance from the point on the cutting edge of the insert to the same point on the next cutting edge. Milling cutters are divided into sparse, dense and ultra-tight pitch milling cutters. Most of the Coromant milling cutters have these three options. See mold manufacturing sample C-1102:1. The dense pitch means that there are more teeth and proper chip space, which can be cut with high metal removal rate. Generally used for medium load milling of cast iron and steel. The fine pitch is the first choice for general purpose milling cutters and is recommended for mixed production. The sparse pitch means that there are fewer teeth and a large chip space on the circumference of the milling cutter. Spacing is often used for roughing to finishing of steel. Vibration in steel processing has a great influence on the processing results. Spalling is a truly effective solution to problems. It is the first choice for long overhang milling, low power machines or other applications where cutting forces must be reduced. The ultra-precision tool has a very small chip space and can be fed with a higher table. These tools are suitable for cutting of interrupted cast iron surfaces, cast iron roughing and small residual machining of steel, such as side milling. They are also suitable for applications where low cutting speeds must be maintained. Milling cutters can also have uniform or unequal pitches. The latter refers to the unequal spacing of the teeth on the tool, which is also an effective way to solve the vibration problem. When there is a vibration problem, it is recommended to use a toothless unequal pitch milling cutter as much as possible. Since there are fewer blades, the possibility of increased vibration is small. Small tool diameters can also improve this situation. A combination of well-adapted troughs and grades should be used – a combination of sharp cutting edges and toughness.

14. How to position the milling cutter for optimum performance?

Keep in mind how the cutting force works and must achieve a compromise. With the tool positioned at the center of the workpiece, the direction of the radial cutting force changes as the cutting edge of the blade enters or exits the cutting. The gap in the machine tool spindle also exacerbates the vibration, causing the blade to vibrate. By deviating the tool from the center, a constant and favorable cutting force direction is obtained. The longer the overhang, the more important it is to overcome all possible vibrations. Another advantageous effect of a constant machining allowance is the small adverse effect on the machine tool, the guide rails, the ball screw and the spindle bearings.